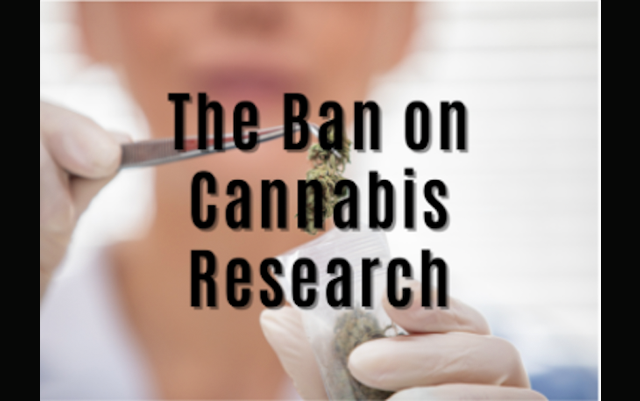 Until December 18, 2020, when the United States Drug Enforcement Agency (DEA) lifted the 53-year long ban, cannabis and its impact was barely able to be researched. Since 1968, the National Center for the Development of Natural Products at the University of Mississippi has been the only approved supplier of cannabis for research purposes in the United States. The federal government refused to approve any other growers. That changed under the Obama Administration, which announced it wanted to expand the program, but it had been stalled until this year. This ban has resulted in a huge gap in our understanding of how cannabis, including CBD, can be used medicinally.

What was the ban?

The federal government still lists “marijuana” as a Schedule I drug. The DEA’s definition of “marijuana” is the species Cannabis sativa, which includes both cannabis and hemp plants (I.e. Plants with less than 0.3% THC). There was a federal ban on researching the naturally occurring cannabinoids, such as THC, CBD and over 80 other different cannabinoids. The cannabinoids are just one of the hundreds of compounds in the cannabis plant that have medicinal benefits.

The news of the ban being lifted was met with great excitement in the research and medical cannabis communities who have long felt stymied. Multiple universities have been threatened with loss of crucial federal funding for any type of cannabis research, and these barriers have ultimately resulted in a lack of research-backed, high quality education on cannabis and its impact on people, including CBD.

Well, wasn’t the one facility’s cannabis enough? What about the research we do have?

It may have been, if it wasn’t the case that the cannabis grown at Ole Miss has long been considered substandard and dated, originating with genetics that were first acquired over 30 years ago. It has been described as “lawn-mower clippings” and “green powder”, lacking smell, and at times even unrecognizable as cannabis.  Lab testing results revealed mold, lead contamination, and overall low quality, with low THC content (around 9%). This is very different from the cannabis that is available to current consumers, especially in THC content which ranges from 12-35%.

Researchers and clinical trial participants have long complained and even sued the DEA to correct this, saying that it may negatively affect the research conclusions.

The lead researcher at Scottsdale Research Institute, Sue Sisley, whose research focuses on PTSD in veterans, cannot prove that the quality of the cannabis undermined her study, but states that there were plenty of indicators pointing to that. “I’m not allowed to explicitly make that [statement] because, as a scientist, I’m only allowed to report the data, and not really editorialize,” Sisley said. “You’ll notice in some of the commentary we did mention things like how many veterans return the majority of the cannabis because it was very ineffective. … It was just so diluted, it wasn’t worth putting the energy into.” This illustrates that any conclusions based on that research may be inaccurate.

What is the impact of this ban?

The lack of high-quality research has frightening implications because that research is what physicians and policymakers rely upon when making decisions that affect many people’s lives and livelihoods.

Because of these barriers, the full implications of cannabis in the body, and potential drug interactions remain largely unknown. Many physicians felt unable to give any advice to their patients on medical cannabis use despite their patients reporting positive experiences in alleviating symptoms of ailments from anxiety, inflammation, pain, sleep, and much more.

Cannabis can make an enormous difference in the quality of life for some people, especially in these challenging times. We need to start with accurate research so we can make the best decisions for our health.

The lack of regulation was also concerning for human health as Cannabis sativa is a bioaccumulator plant. What this means is that the plant uptakes toxins in the environment through its roots and leaves (it was even used for radiation remediation at Chernobyl!)  These toxins are concentrated in the buds, which is where the majority of the trichomes are produced. The trichomes contain the cannabinoids (THC and CBD) among many other constituents, so in the extraction process  any contaminants or toxins will be concentrated in the final product. So it is crucial to choose trustworthy companies that have high-quality products with test results from a reputable lab.

What does this mean for CBD?

CBD is included in the research moratorium since it is a product of the Cannabis sativa plant. The ban led to a lack of clear information and a lack of regulation. This created a huge amount of confusion amongst businesses and consumers alike and there was no standardization, much less clarity on actual ingredients.

What’s next for cannabis research?

The ban being lifted opens up so many opportunities for more funding and innovation in many fields; truly the possibilities are endless! It also opens the door for international collaboration with other countries like Israel to advance cannabis-based cancer and epilepsy treatments.Inside the US, it will allow more PTSD research with veterans, CTE and other brain injuries, mental health treatments and so much more.

The DEA has approved several applications thus far, with many more hoping to be next.  Each applicant will then be authorized to cultivate “marijuana” – up to its allotted quota – in support of the more than 575 DEA-licensed researchers across the nation.  The applicant and DEA will work together to facilitate the production, storage, packaging, and distribution of cannabis, so in an ironic twist, the DEA moves from being the enforcer of the war on drugs to being the overseer of a supply chain that involves purchasing cannabis from growers and shipping it to researchers. One facility in PA received a license but is still awaiting the ability to get seeds and start growing, so don’t expect to see any large-scale research results from the US immediately.

I speak with people daily who have found relief using cannabis and cannabis products and I have personally experienced many of the medicinal benefits.  As more states enact regulations on cannabis, there is increasing access and the research conclusions become even more critical. There is so much to learn as we continue on our personal journeys to find what works best for our individual bodies. Seeing true progress in this endeavor is very heartening- Cheers to our health!

Should I take CBD oil for my anxiety? BBC Stories